Burger King figured out that Tesla Autopilot’s new “Traffic Light and Stop Sign Control” feature can confuse Burger King signs for stop signs and they quickly turned it into an ad campaign.

In April, Tesla started to push an Autopilot update with the ability to detect and stop the vehicles at traffic lights and stop signs.

It is still in beta and it doesn’t always work as intended.

Burger King apparently figured out that sometimes, the new Autopilot feature can confuse its restaurant sign for a stop sign – prompting the car to slow down and stop for it.

They turned it into an interactive ad campaign featuring a Tesla Model 3:

The fast-food chain only ran the campaign for a day encouraging people to post to social media the same Autopilot mistake, which they frame as the Autopilot’s artificial intelligence wanting to stop at Burger King.

They encourage people with “smart cars” to take pictures of the same behavior and share with the hashtag #AutopilotWhopper or #FreeWhopper in order to receive a code for a free burger: 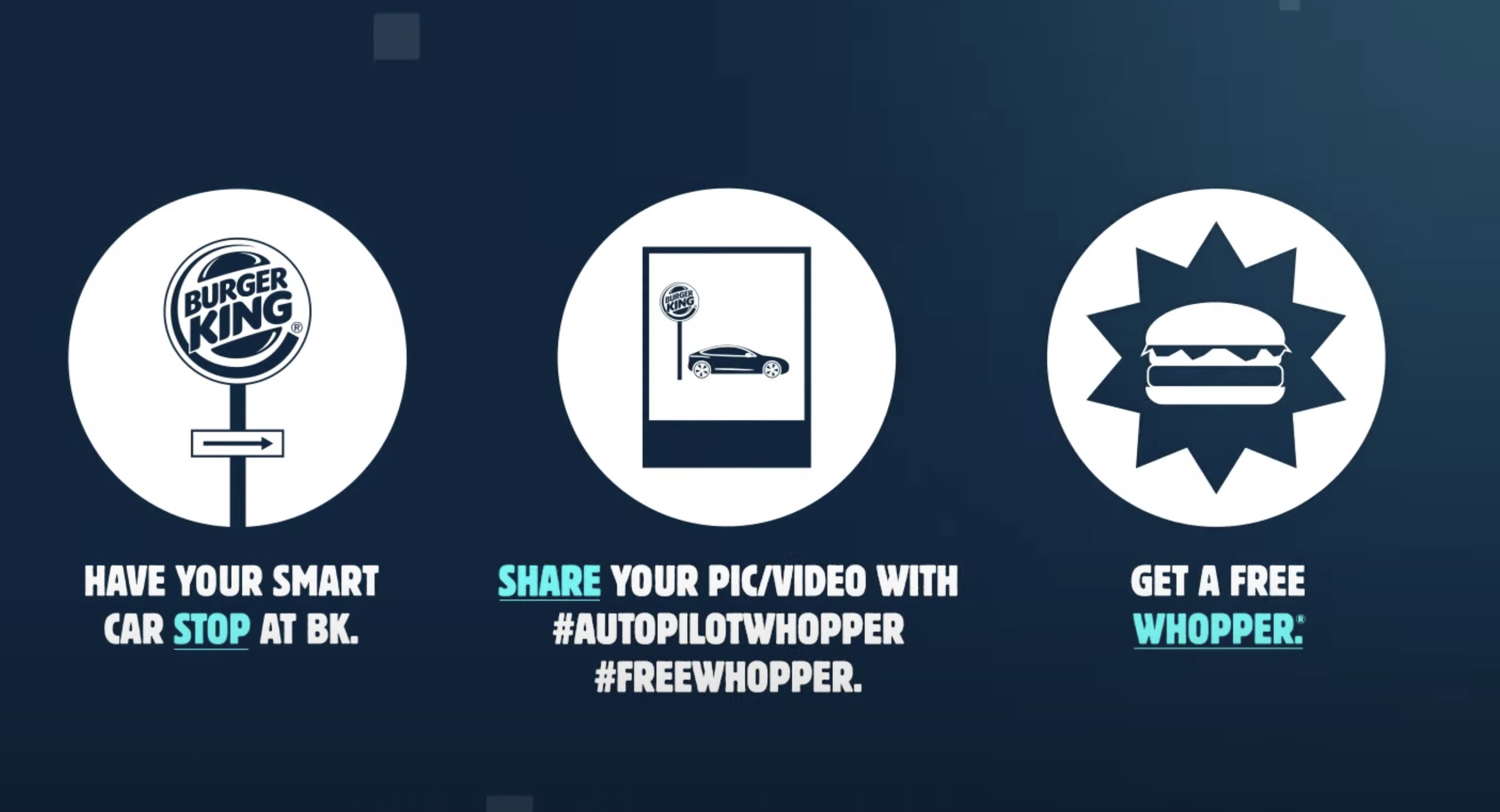 Several Tesla owners did tweet the hashtags with pictures, but none of them were actually recreating the Autopilot bug that inspired Burger King’s campaign:

So my car knows what’s up and stopped at @BurgerKing for lunch #freewhopper #AutopilotWhopper pic.twitter.com/sgIBaNL8sf

Nonetheless, the promotion was somewhat successful since Burger King received over 1 million views on some of its videos:

looks like AI even knows what you’re in the mood for.

pull up with your smart car, share a video/pic with #autopilotwhopper + #freewhopper & we’ll DM you a free Whopper code to use when you order on the BK app. see https://t.co/2HrzhTAM6A. pic.twitter.com/S74He7EcuQ

The promotion ended on June 23rd.

That’s some pretty clever marketing right there. I personally haven’t heard of Burger King in over 10 years and it took that to remind me that it’s still a thing.

A lot of people are noting the open-top wheel on the Tesla Model 3 in the Burger King video.

It’s actually an aftermarket modification that we have reported on in the past:

However, it’s pretty rare, which makes it surprising that it would be used in an ad like that.

As for the bug, it’s not too surprising that stop sign recognition is not perfect yet.

We recently reported on a talk by Andrej Karpathy, Tesla’s head of AI and computer vision, in which he explained in detail how Tesla is improving stop sign detection with its neural network and data collection.