Tesla has installed a new mysterious tower at a Supercharger station in Ontario, Canada and it is creating a lot of speculation.

Is it a Megacharger, a Starlink receiver? No one knows.

Update: The mystery has been solved. It’s a new high-tech cell tower.

Several Tesla owners stopping at the Supercharger station in London, Ontario over the last day have been wondering why a new strange tower has been installed.

Brad Carter noted on Twitter that there was some activity on Tuesday with workers installing something new being lifted with a large crane at the transformer boxes.

“Three new cabinets were installed on a pad In the south west corner, all related to the new tower electric conduits went from the new pad to tower base.”

TeslaLondon shared a picture of the mysterious tower:

Hi @elonmusk I know your crazy busy but beside being a light what is this cool new addition to our superchargers in London Ontario? pic.twitter.com/CKDvNq4UA3

If you zoom in on the tower, you can see things that look like air vents within the tower and the contraption in the middle:

What Could it be?

The Twittersphere is going wild with speculation over the tower.

While the contraption in the middle looks just like lights, some are speculating that it could be a receiver for SpaceX’s upcoming Starlink satellite internet service.

CEO Elon Musk said that the service would be offered to higher latitudes first – explaining why it would be in Canada.

Musk also previously said that Tesla would offer WiFi at Supercharger stations in the future and it would make sense for the company to use SpaceX’s Starlink for it.

For the same reason, some people are speculating that it could be a part of the upcoming Megachargers to charge the Tesla Semi.

Why in Canada first? Well, Tesla did receive a large order of Tesla Semi electric trucks from Loblaws, a massive grocery chain in Canada. 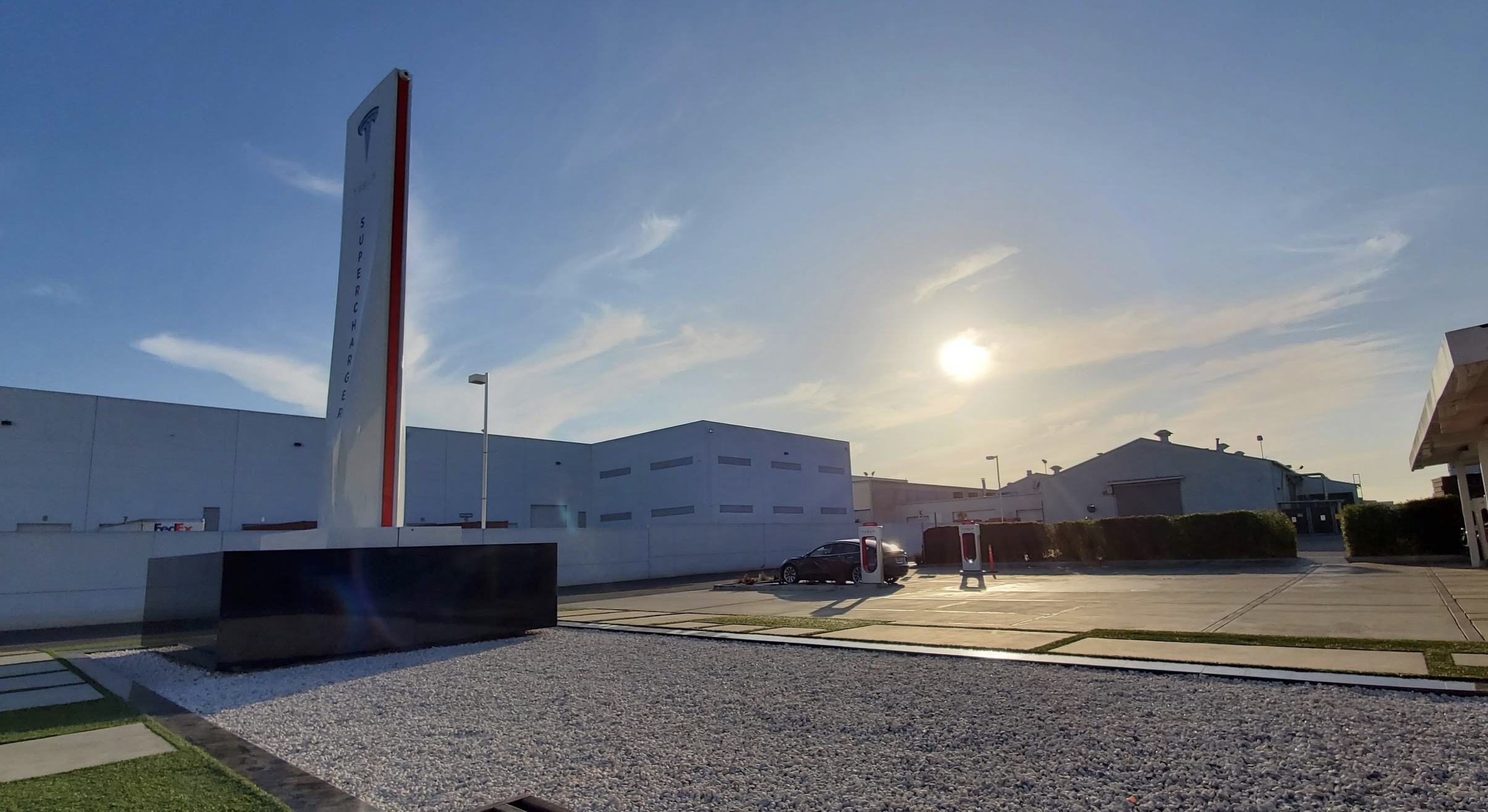 Despite a lot of speculation, no one knows exactly what’s the purpose of this new tower at the Tesla Supercharger.

A lot of interesting speculation, but I have no idea myself.

It does appear to be Tesla’s since it is reportedly connected to Tesla’s Supercharger system.

A battery system would be weird in my opinion. A tower doesn’t seem like an ideal form factor for a battery system, but what do I know.

Tesla has been talking about adding batteries to Supercharger stations for a while now and it might have figured that ground space around the station was a problem and decided to design a battery tower.

It could also just be a fancy cell tower or light post.

What do you think this mystery Tesla tower is? Let us know in the comment section below.