Tesla relaunches its wireless charger after selling out in minutes, reduces the price

Last month, the automaker launched the ‘Tesla Wireless Charger’, which surprisingly is a product not for your Tesla vehicle, but for your smartphone.

The new product sold out in minutes, but Tesla is now bringing it back, adding ‘Phone’ to the name, and reducing the price.

As we previously reported, Tesla has been launching more ‘lifestyle products’ not directly related to its cars but still inspired by some of its products.

For example, the automaker has also previously launched batteries for phones using “the same cell found in many of the batteries of Tesla vehicles.”

As for the ‘Tesla Wireless Phone Charger’, it’s a Qi-certified wireless charger with “the same design language” used in Tesla energy products, like the Powerwall.

“Wirelessly charge your phone anywhere with the Tesla Wireless Phone Charger. Simply set your Qi-enabled phone on the inductive charging pad and let your phone charge up without any cables. Housed in a sleek, high-gloss case, the Tesla Wireless Charger embodies the same design language used across Tesla Energy products in a pocket-sized package. In addition to wireless charging, the Tesla Wireless Phone Charger also doubles as a standard wired powerbank using the USB-A output port and either your own USB cable or the integrated USB-C cable which fits flush around the outside edge of the charger for easy storage.”

Here are a few images of the Tesla Wireless Charger: 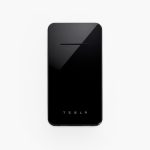 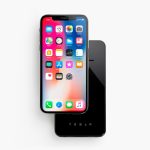 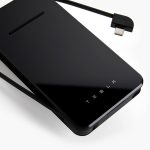 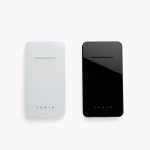 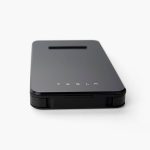 When launching last month, the device sold out in minutes at $65. Tesla has been contacting buyers and telling them that they are now planning to produce a much larger batch, which will reduce the price to $49.

Those who already purchased the device will be reimbursed the difference.

While the price decrease is welcomed, it looks like the ‘Tesla’ brand is still coming with a very high premium. For example, the highest rated wireless charger on Amazon is only $40 and it comes with much more battery capacity.

You can even get one with twice the capacity as the Tesla Wireless Phone Charger for $30.

For wireless chargers without battery packs, you can get one for less than $20 and there’s one built to fit in the Tesla Model S and Model X center console.

Here are the specs and features of the Tesla Wireless Charger