Tesla could be hiding something in its v8.0 update if it’s really the ‘biggest to date’

Since we first reported on Tesla’s v8.0 software update being tested in beta, the company has been pushing a few new versions prior to the wide release in order to refine the improvements – primarily to the Autopilot – but a recent comment by CEO Elon Musk raises an interesting question.

@MacTechGenius V8 will be our biggest release since v1, so taking longer to refine. Awesome on every level. Meeting w design team every day.

It’s a bold statement. We spoke to a few people who tested both v7.0 and v8.0. They mostly agree that v7.0 was a significantly bigger update to Tesla’s OS than the upcoming v8.0, but there could be more to it than what Tesla released in beta to testers.

As you might remember, Tesla’s 7.0 update released in October 2015 included features like Automatic Emergency Steering, Side Collision Warning, ‘Autosteer’ (Beta), Auto lane changing and ‘Autopark’. It also included an important UI update and it is widely considered the most significant update since the launch of the Model S and the Autopilot program.

While early access owners disagree that the update is being outshined by v8.0, Elon likely knows something they don’t.

There’s a precedent to Tesla not releasing features in its early access fleet. The automaker started testing the software v7.1 in its fleet in December 2015 and as we reported at the time, it was quite significant for an incremental update, but then Tesla surprised owners the next month in the wide release by adding the ‘Summon’ feature.

I wouldn’t be surprised if we have a similar situation with v8.0 (any thought on what it could be?), but either way, testers are reporting noticeable improvements to the Autopilot, which is always welcomed, and the new off-ramp feature is also an important addition.

The UI refresh offers a flatter and more minimalist look. A picture leaked two weeks ago: 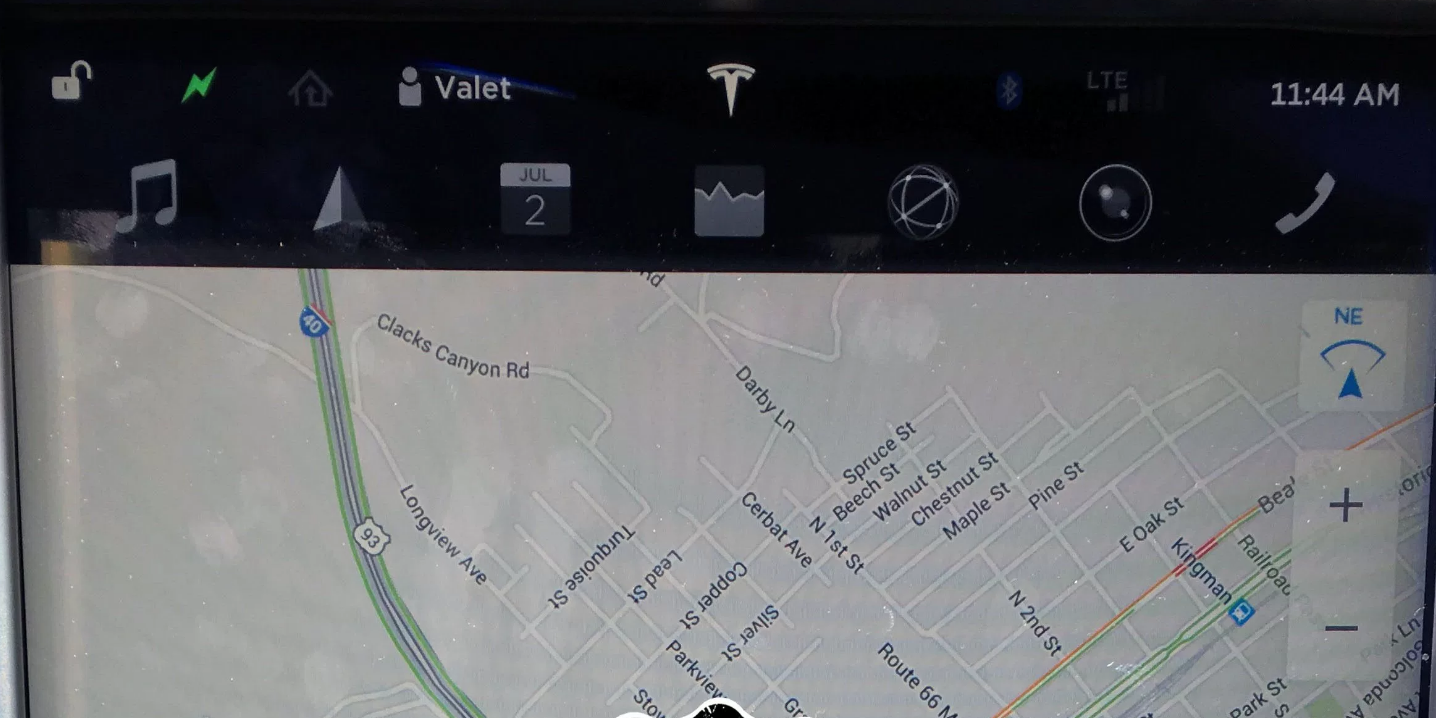 In term of look and feel, it’s arguable if it’s “bigger” than v7.0, but it does offer several improvements with new voice commands features, upgraded navigations and media interface.