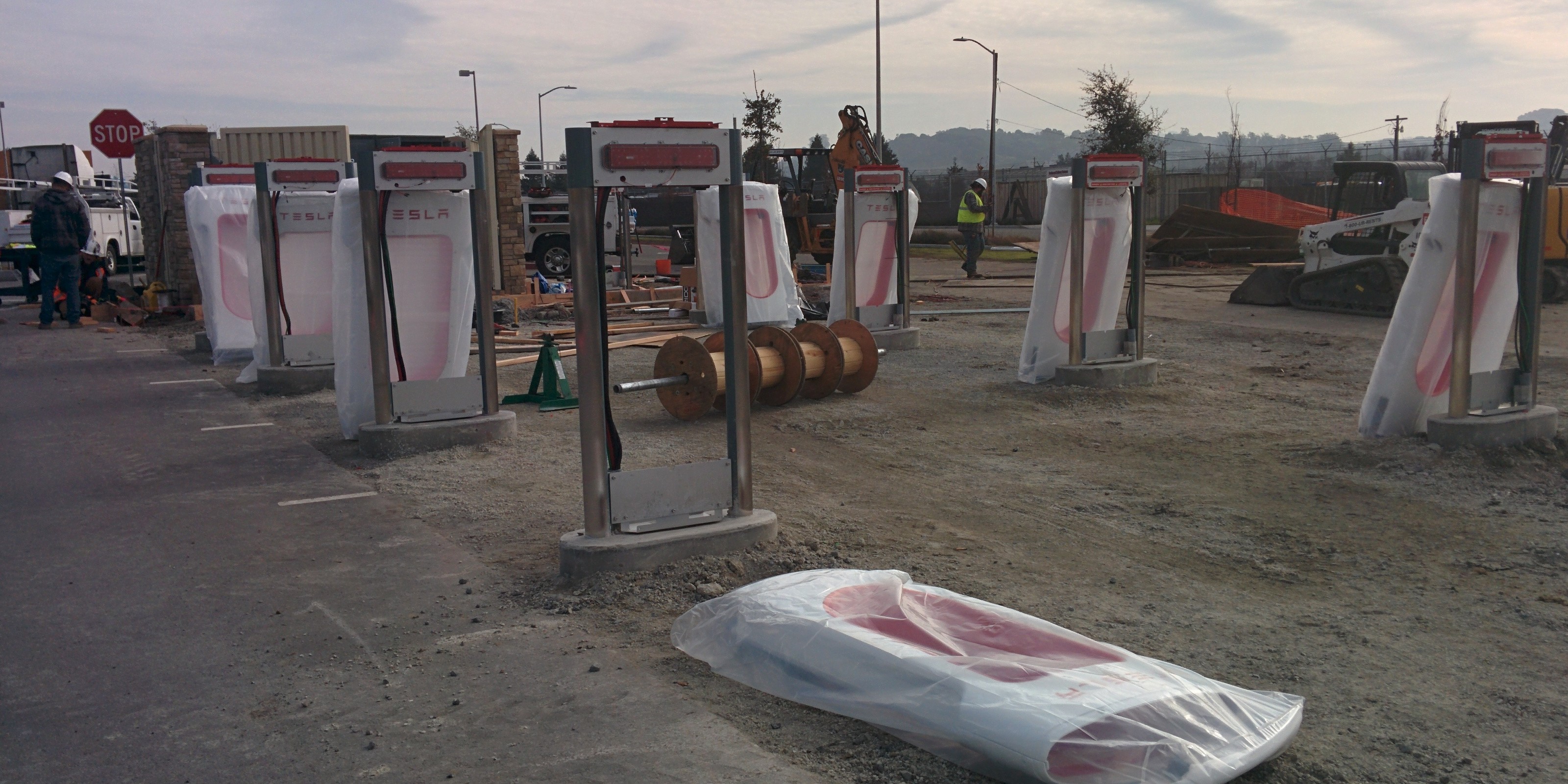 While everyone had their eyes glued to the Model 3 at the unveiling event last month, Tesla CEO Elon Musk made an important announcement regarding the automaker’s two networks of charging stations. He said that Tesla will double the number of Superchargers to 7,000 units and quadruple the number of Destination chargers to 15,000 units within the next 2 years.

If the close to 400,000 Model 3 reservations (and still counting) end up turning into orders, Tesla will certainly need all those stations to allow its customers to make roadtrips and travel long-distances. We now learn that the company is already getting to work. Tesla secured permits or started construction at 11 new locations (~90 new Superchargers) since the unveiling event.

The process can often be long and difficult since it is dependent on several outside parties like the municipalities, contractors and the local utilities. They all need to come together to bring a new stations online, which is not always a painless process like anything in the infrastructure business.

We’ve heard so many stories of frustrated Model S owners waiting for their local Supercharger to come online, while there’s some sort of holdup in one bureaucratic process or another.

But now after over 600 stations and 3,600 Superchargers, Tesla has learned a lot and we are starting to see new stations going through the process and coming online quicker. Here are the current stations with permits or already under-construction via Superchare.info’s interactive map:

Also, we should start to see more stations entering their construction phase up north now that winter is over and snow is melting.

Tesla has a team of EV infrastructure experts headed by Cal Lankton, Director of Global EV Infrastructure, based at the automaker’s headquarters in Palo Alto, and also regional teams in all of Tesla’s markets to lead local efforts to develop the network.

While the Supercharger network is getting most of the attention, Tesla’s other charging network, the ‘Destination Charging’ network, is expected to launch in Europe later this month. The network is using level 2 chargers installed at restaurants and hotels to charge once you arrived at your destination, hence the name.