Tesla has yet to confirm exactly who will be able to attend the unveiling of the Model 3 on March 31st, but it did already invite the select few who won invitations through the automaker’s Model S referral program.

Through those first invitations, we now learn that the event will be held in Los Angeles. You can see the invite below.

Throughout its short history, Tesla had a few important events which at times the company hosted in Silicon Valley, mainly at its facilities in Fremont like for the unveiling of the production version Model X last year, or at its Design Studio in Los Angeles like for the ‘D’ event in 2014 during which Tesla unveiled the dual motor Model S and announced the Autopilot.

The invitation doesn’t explicitly confirm that the event will be held at the Design Studio in Hawthorne, but it does confirm that “the closest airport to the event is Los Angeles International Airport (LAX).”

Here’s the invite in full: 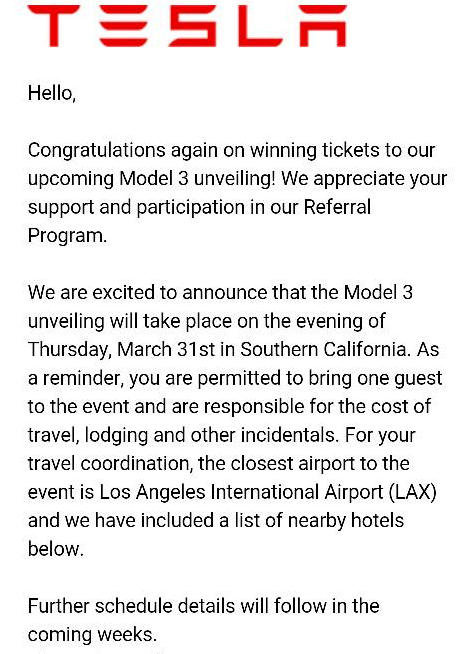 If Tesla indeed plans to hold the event at its Design Studio, which again is not confirmed, it could mean the company expects an overwhelming number of people in attendance. The official count during the “D event” was 4,000 people and it created an important traffic problem.

The Design Studio is located next to SpaceX’s headquarters and the Hawthorne airport, which Tesla can rent a section if it needs space for the event. 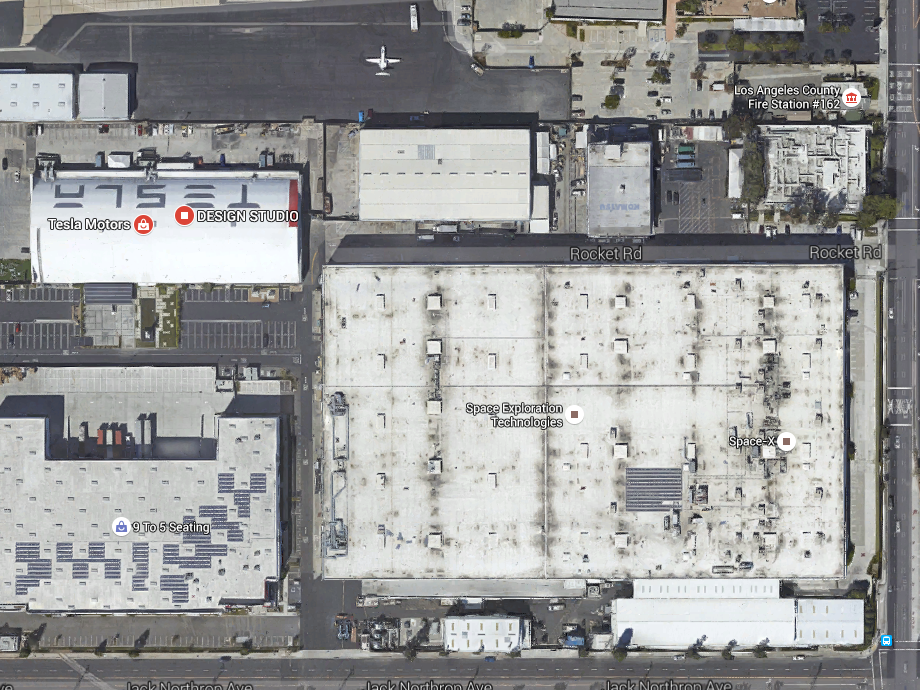 Tesla added that more details about the event will be revealed in the coming weeks.

Our recent coverage on the Tesla Model 3: