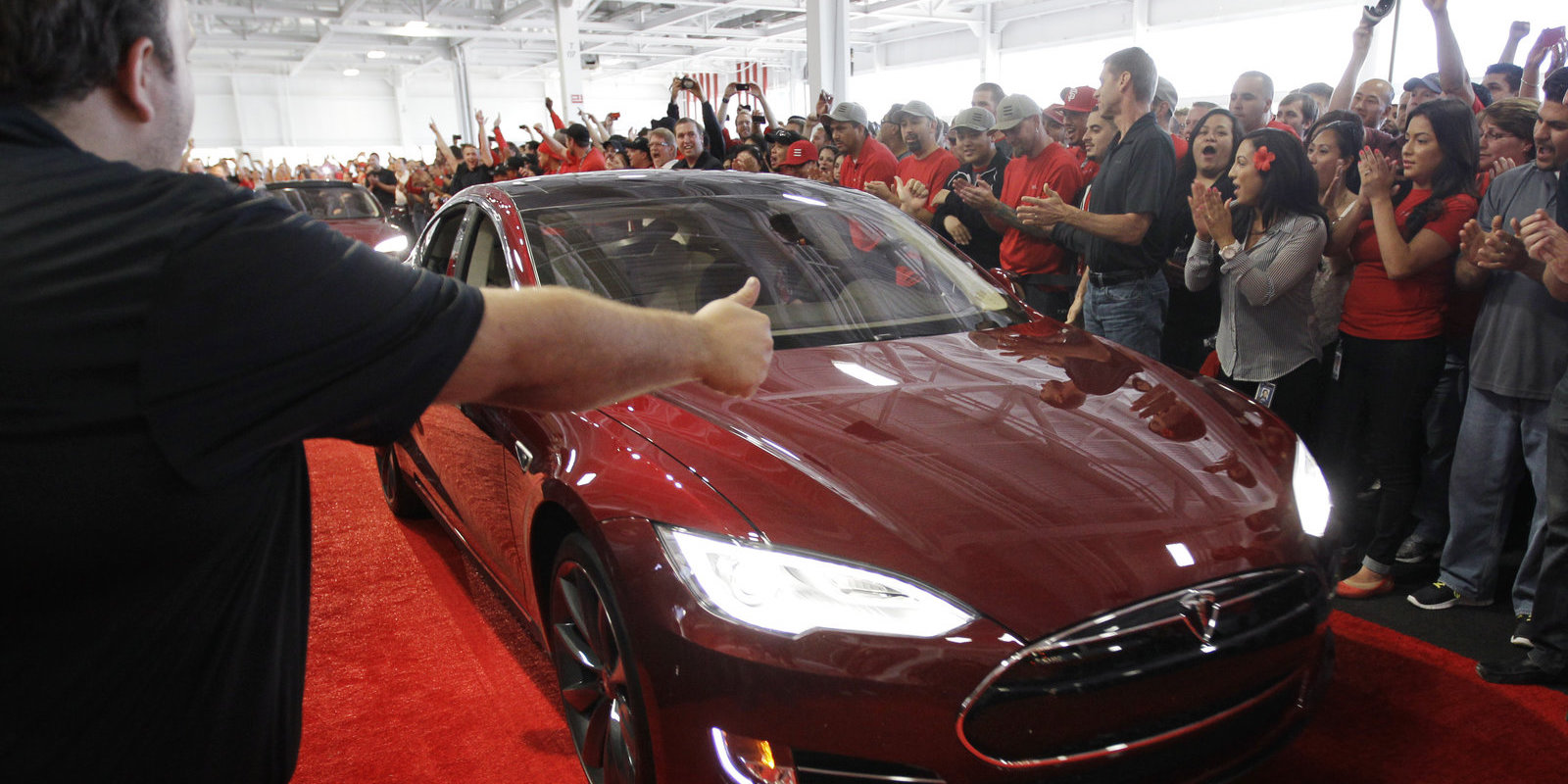 Never one to let a 2am opportunity to inform his fans of the upcoming Model 3 launch details, Tesla CEO Elon Musk again took to Twitter last night to shed some light on the finer points of the March 31st Model 3 unveiling and signups…

The Tweetstorm, which began at 2:10am ET noted that the March 31st sign-ups would be in-store only and that to reserve a Tesla online, people would have to wait until the following day, [aptly] April 1st. The reservation amount is only going to be $1000 which is a fraction of the $5000 to reserve Model S and X vehicles and up to $45,000 to reserve the previous Signature series. There will be no Signature series Model 3 however. The launch event signups will be global and more details will be coming in the coming weeks.

My 5am hot take: This is going to be pandemonium – well as much as the auto industry has ever seen. With a low $1000 reservation cost and signups only available in stores on the first day, Tesla is trying (and I believe will be succeeding) in creating a spectacle in its stores that will make even Apple blush. Just like the iPhone-maker used to regularly do to its customers, Tesla has created this artificial barrier to entry which will create an opportunity to show off long store lines and get photographed by the media for posterity.

Also, by spreading the signups across March and April, Tesla is also spreading the intake of cash across two calendar quarters –which may be an accounting advantage since the deposits are virtually 0% interest loans to Tesla and they could add-up to a significant amount.

We’ll of course be on those lines on day one with full coverage or even better hopefully be at the launch event on March 31st.  Stay tuned here for more details. 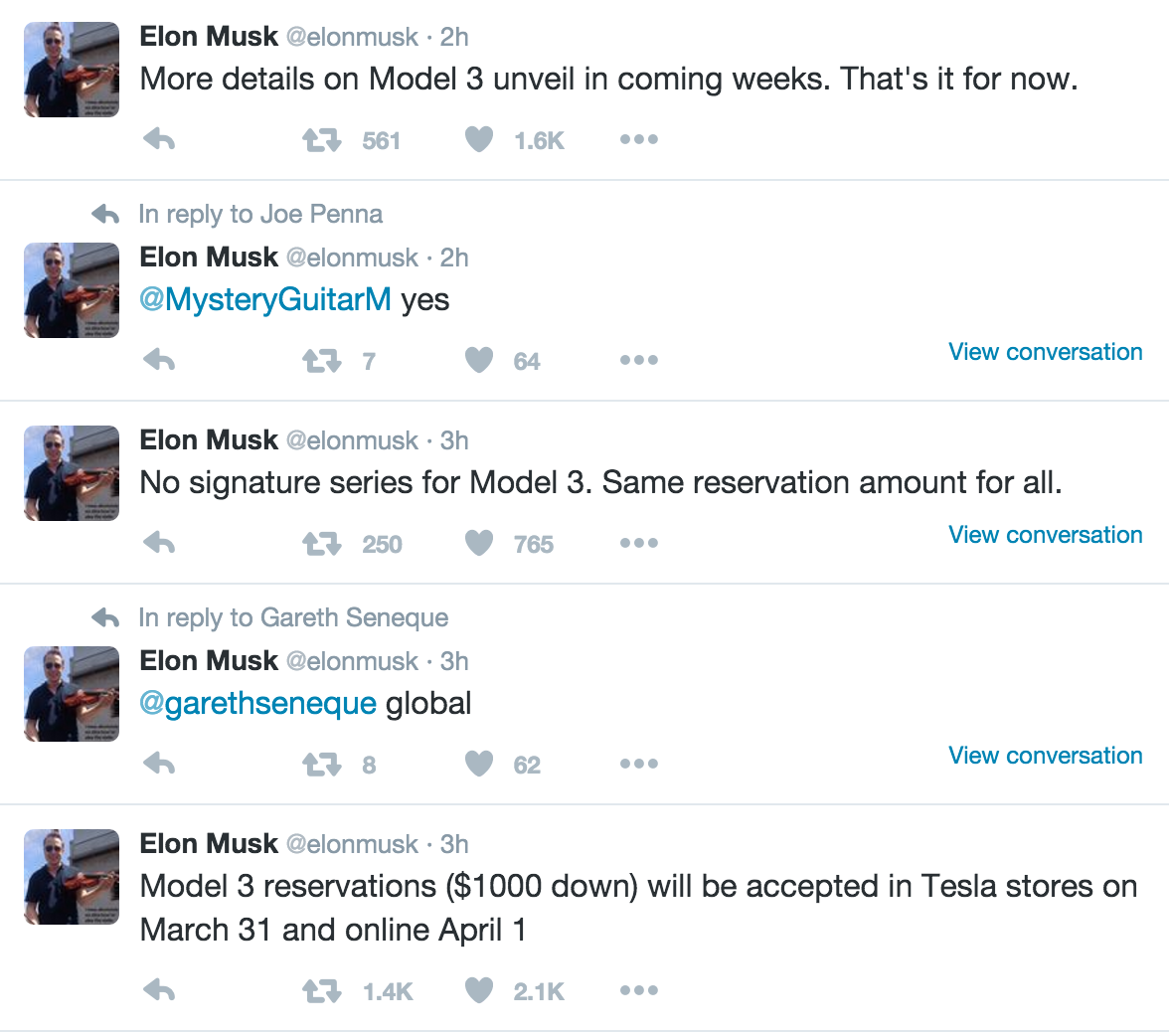