Tesla announced deliveries for the fourth quarter 2015 today and as we predicted earlier this month, the company hits the low-end of its ambitious goal of 17,000 to 19,000 deliveries, with 17,400 total deliveries from October to December.

The fourth quarter brings Tesla’s total deliveries in 2015 to 50,580 vehicles. During Q4, the company delivered 208 Model X’s, but it produced 507 units with the remainder expected to be delivered in the coming weeks.

Tesla confirmed achieving its production goal of “a few hundreds Model X’s per week” by the end of the year with 238 Model X vehicles during the last week of December. 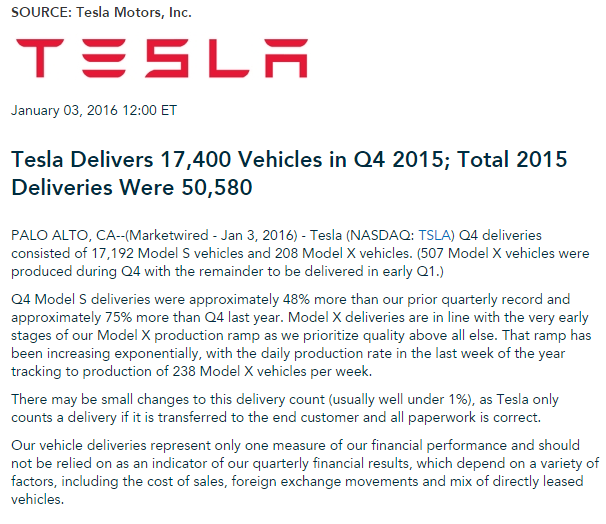