Mobileye is a relatively small Israel-based tech company, but it is rapidly positioning itself as a major hardware and software supplier for the implementation of driver assist and autonomous driving features. In a recent presentation at Citi’s 2015 Global Technology Conference, CEO Ziv Aviram claimed that 90% of automakers are using their products.

Mobileye is also a supplier for Tesla’s recently released Autopilot and during the same presentation, the CEO hinted at the company’s potential next generation hardware suite that could allow for a wider range of autonomous features and maybe even complete self-driving. Currently Tesla’s Autopilot enables automatic steering on highway, automatic lane-change through the turn signal, self-parking and automatic emergency steering/braking. The company plans on releasing more features through over-the-air updates utilizing the same hardware, but the system, which consists of a forward-looking camera, a radar, and 360 degree sonar sensors, is limited by its hardware suite.

This is a representation of what the Autopilot’s current hardware can see:

Like Mobileye’s CEO, Tesla CEO Elon Musk believes fully autonomous driving can be best achieved using cameras. During the release of the Autopilot, Musk commented on Google’s LIDAR approach and described it as unnecessary, while Aviram from Mobileye discussed the role of cameras in self-driving:

cameras are crucial. There are no other sensor that have enough details of the scene to interpret it like we do.

But Aviram said that some customers were pushing the company for more applications:

“The appetite of the OEMs we work with is growing and the first application is going to be much wider than what we planned. We see acceleration of the development and needs of our customers to present much more sophisticated systems.”

The CEO described the “more sophisticated system” saying that one OEM is already implementing it in a vehicle:

“Today we are already preparing with one of the OEM, a first vehicle based on 8 cameras, one radar and ultrasonic around the vehicle. So this is much wider implementation of the first introduction of semi-autonomous driving and the trifocal is going to be here as we planned, but additional 4 cameras around the vehicle and one camera looking back. The system will run on 5 EyeQ3 chips and all of them will be connected.”

Aviram didn’t disclose which automaker is testing the system, but he said during a recent conference that Tesla is willing to push the envelope “faster and more aggressively than any other OEM”. He also hinted that the new system could find its way into a commercial product within a year and we know that Tesla has been testing a similar hardware suite.

As we reported, a prototype Tesla Model S with cameras all round the vehicle was spotted in California earlier this year.

The new system described by Aviram is already very similar to the equipment in the current production Model S with the ultrasonic and forward radar, but with additional cameras. Here’s a visualization of what the new system can see: 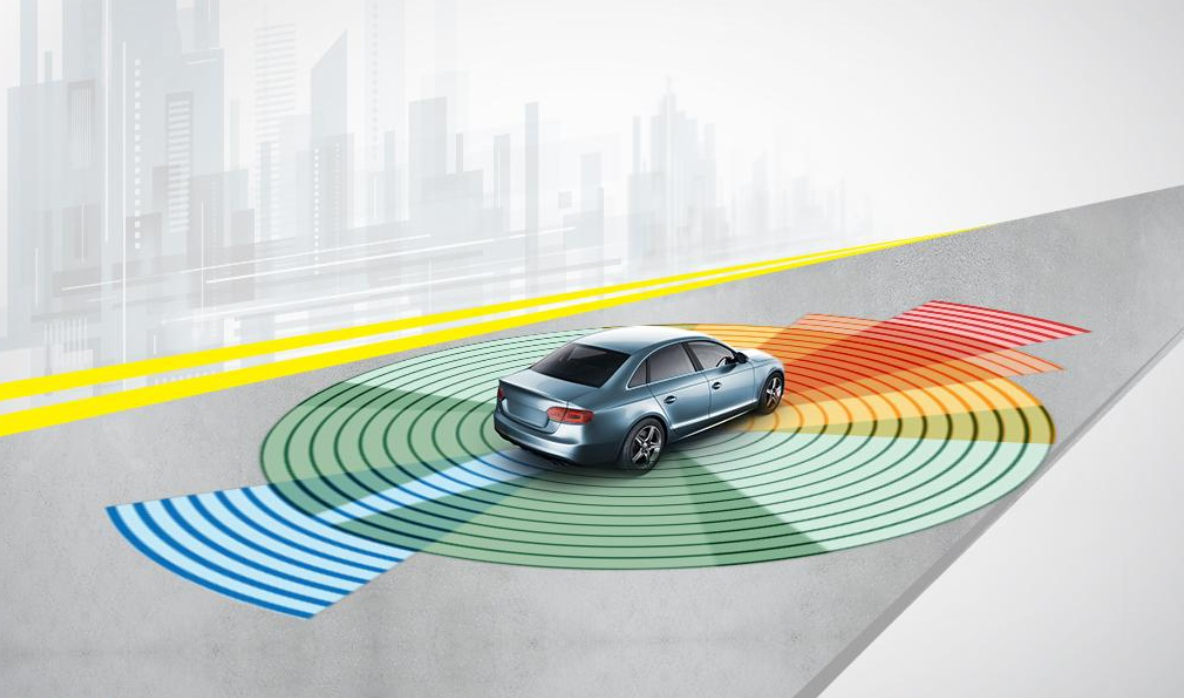 The new hardware would allow for much improved rear and side views. It would be very close to what Musk described as needed for a fully autonomous system.

If Tesla is indeed the customer in question, which we think is likely, it wouldn’t mean Tesla will have fully autonomous vehicles in customers’ hands any time soon. The company already confirmed its intention to include the necessary hardware in its vehicle in advance of the features being available.

Tesla started equipping its vehicles with the first generation Autopilot hardware in September 2014, but the company didn’t release the  Autopilot update until last month. It wouldn’t be surprising if the company would have to wait even longer between the production of the second generation hardware and the first significant release of features utilizing the hardware.

Though owners should be able to enjoy a gradual implementation of more advanced features throughout the process, much like when Tesla introduced its active cruise control about halfway from introducing the hardware and releasing the Autopilot.

Hat tip to Vitaly for pointing us to the presentation.