Now every owner with $29,000 to spare gets access to the upgrade which increases the range of the vehicle by about 35%. The full email from Tesla: 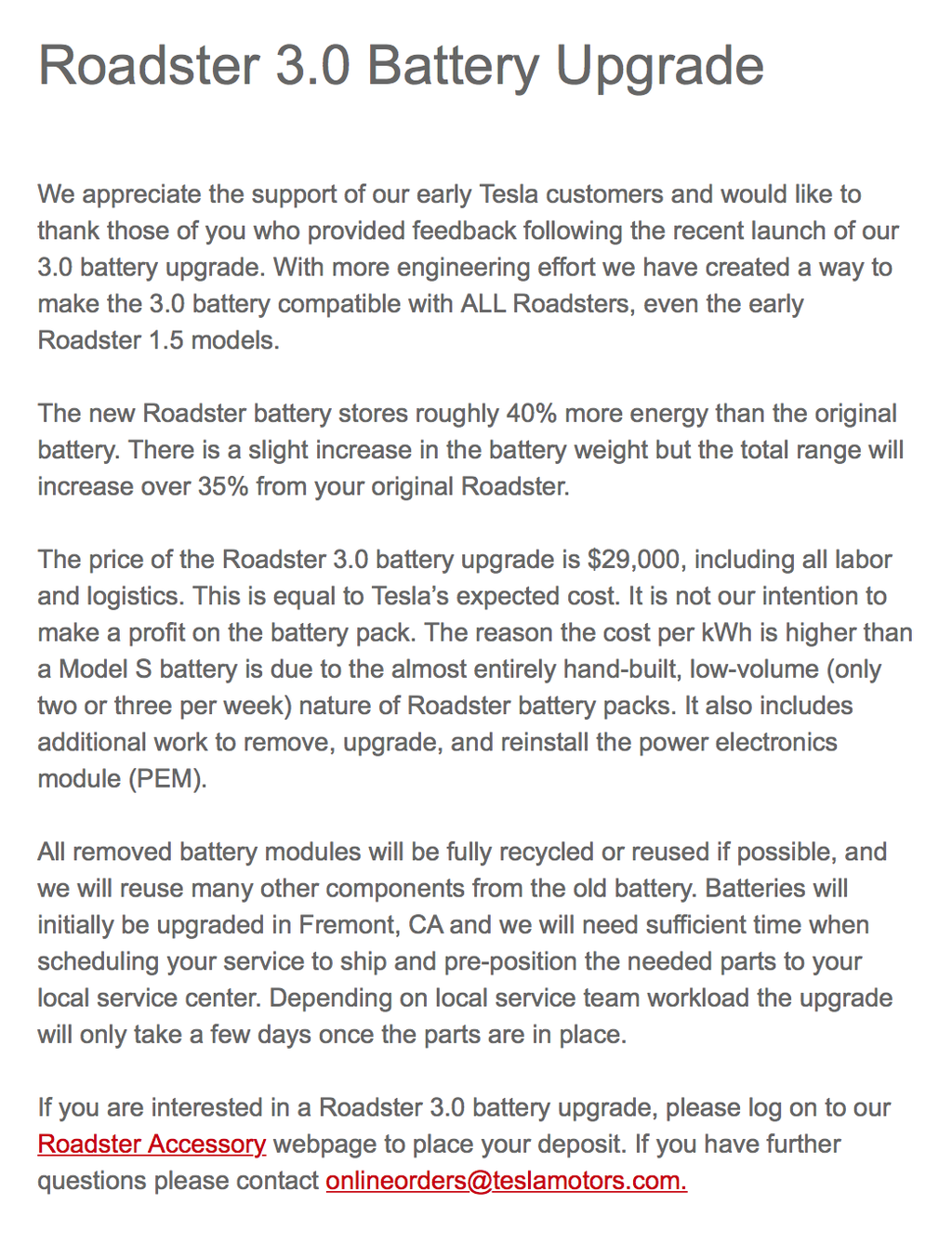