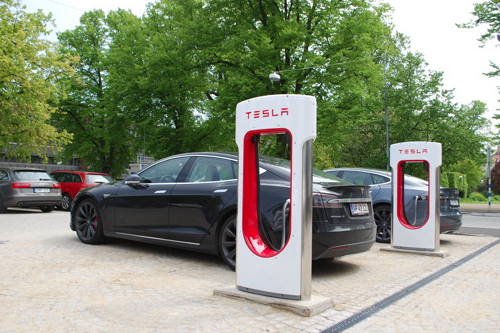 We recently learned that Tesla Motors has been unofficially selling a new charging station which looks just like a Tesla Supercharger, but with a limited output of 60KW versus the 120KW regular Superchargers are capable of.

Tesla operates two different types of charging networks, the “Superchargers” and “Destination Charging“. Supercharger stations can charge a Model S at a rate of more than 300 miles of range per hour and they are mainly located next to popular routes to facilitate road trips.

Tesla operates 439 Supercharger locations all around North America, Europe and Asia. Whereas the Supercharger network is aimed at charging during a quick stop on your way to a location, “Destination Charging” is meant for Model S owners to charge their car for a longer period of time, sometime overnight, once they arrived at their destination, hence the name of the program.

Tesla partnered with hotels and restaurants to install these chargers for free as long as they remain free to use for Model S owners. 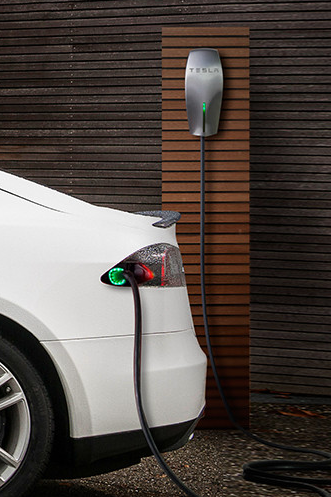 When paired with a Model S equipped with dual chargers, it can charge the car at a rate of 58 miles of range per hour. Anyone can buy a Tesla Wall Connector for $750 through Tesla’s website or at their local store, but it’s not the case with the Tesla Superchargers, which are not generally for sale.

Tesla owns all of the 2,419 Superchargers at their 439 locations which they value at a total of over $130 million. It is the biggest network of fast charging stations in the world and a major selling point for Tesla. According to the company, the network is “free to use for life” for all Model S owners.

Tesla seems to have made an exception and sold a version of its fast charging station to an entrepreneur in Sweden.

Mikael Blomqvist, Chairman of Compuverde and a Tesla Model S owner, operates business centers on the Swedish east coast. He wasn’t satisfied with Tesla’s supercharger coverage in the region. 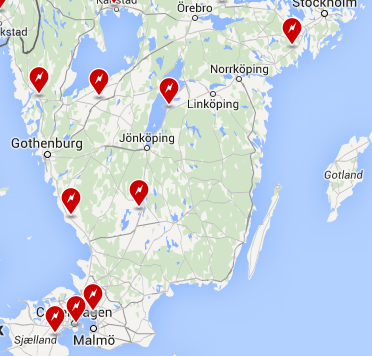 Tesla’s Supercharger locations in the south of Sweden

After discussing the subject with Tesla’s European EV infrastructure Manager, he managed to convince the company to sell him 2 60KW fast charging stations that look just like Tesla’s regular Superchargers. He installed the units at his business center in Karlskrona, Sweden.

Mikael didn’t want to confirm the price he paid for the charging units, but he said they were “less expensive than the car”. The Model S starts at $75,000 in the US. In its last SEC filing, Tesla reported a net book value of about $55,000 per Supercharger.

Regardless of the price Mikael paid for the charging stations, Model S owners will not have to pay anything to use them. He confirmed they were free to use for any Model S owners. He covers to cost of the electricity, some of which is supplied by a solar installation.

As far as we know, this is the first documented instance of a third party buying a fast charging station from Tesla Motors. We heard that Tesla taxis in Amsterdam might have their own Superchargers, but we don’t have much information about the arrangement.

Tesla has not yet responded to inquiries about this new 60KW fast charging station. 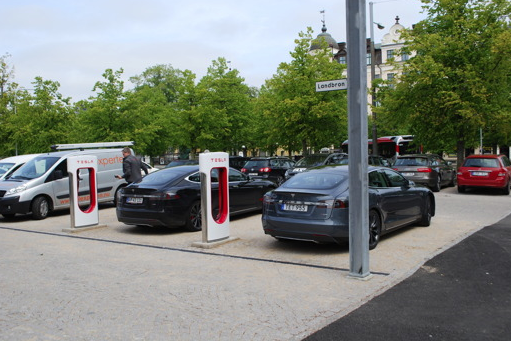