Tesla is going to make a home battery announcement on April 30th. It will be a big deal. But it isn’t hard to find some of the details on the batteries Tesla is going to offer. Analysts, like above^ are claiming to have “secret info” on the announcement: Tesla secretly tested its battery solution with 300 customers.

But that info and much more is available on Solar City’s website. In fact, Tesla’s Home Batteries including pictures and lots of details are all  hidden in plain sight: 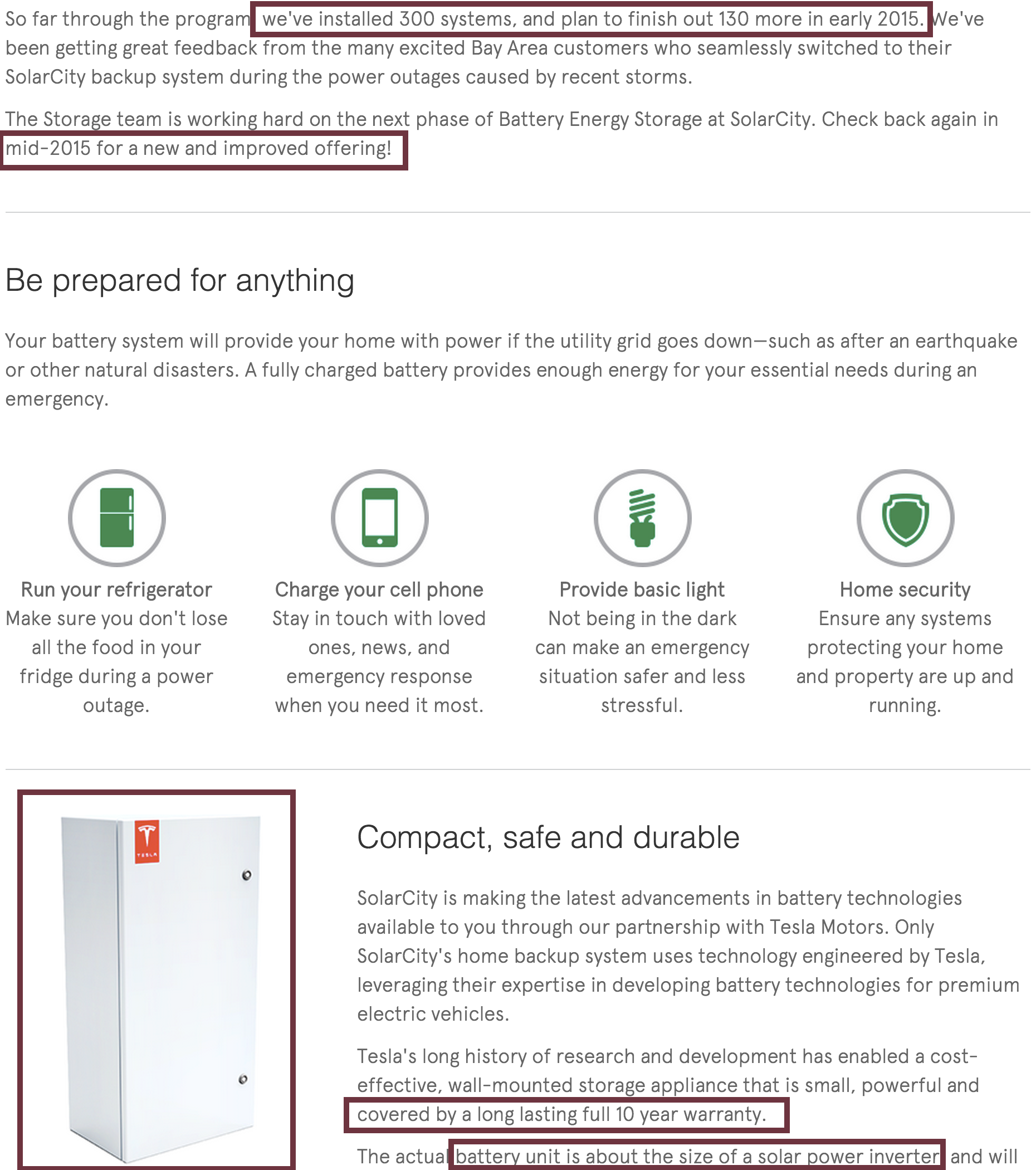 Tesla also gave plenty of details on their earnings call in February where Musk talked about releasing a consumer battery project:

Yes, we’re going to do — we’re going to unveil some of the Tesla home battery consumer battery that will be for you using and people’s houses or businesses, fairly soon. We have to design and it should start going into production probably about six months or so. We’ll probably got to wait to have sort of product availing it’s probably in the next month or two. It’s really great. I’m really excited about it.

If you’ve talked to Solar City, they may have provided you with the specs of Tesla’s prototype battery: 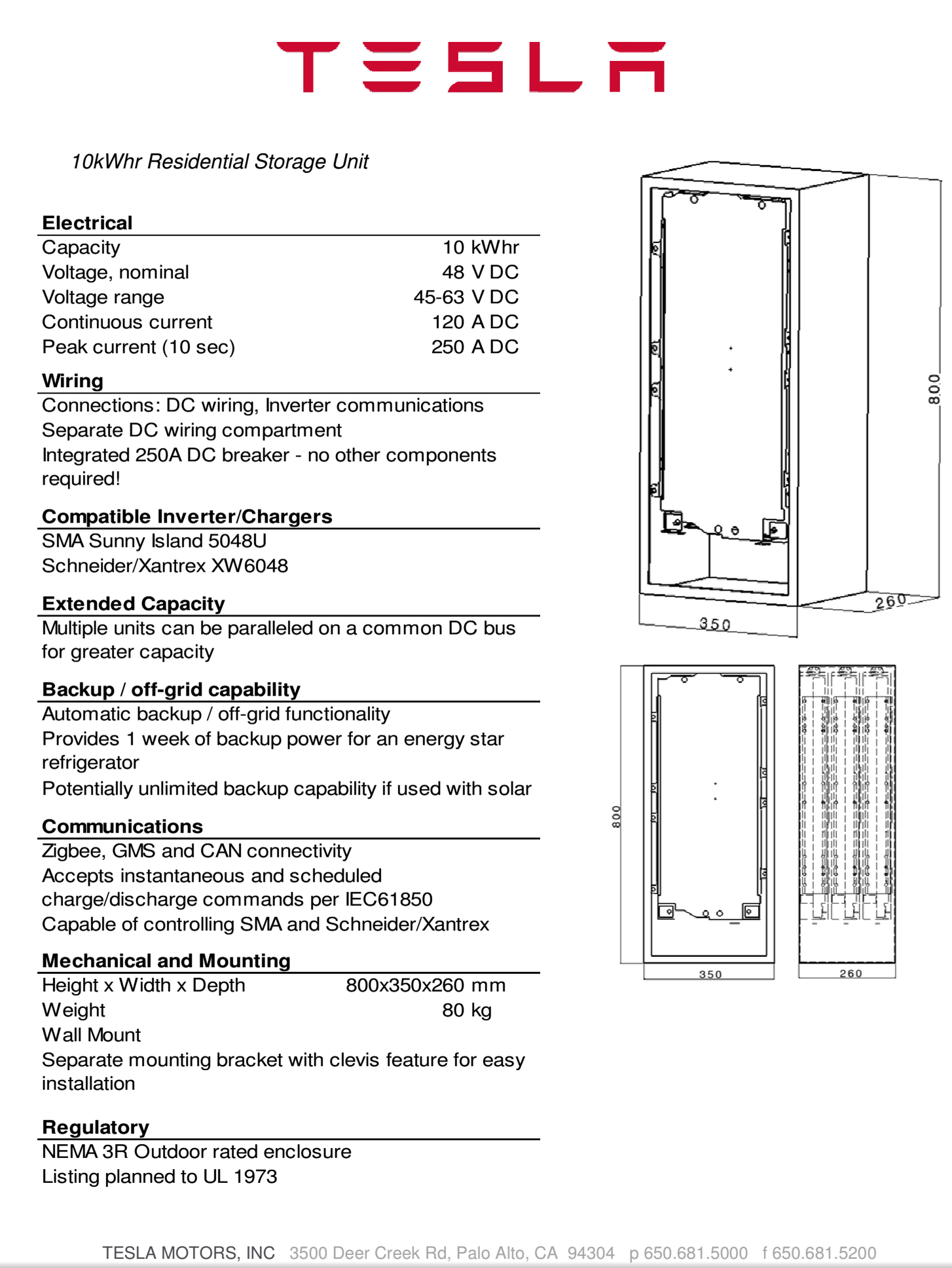 Tesla will certainly announce some new innovations that perhaps differentiate them from other batteries. Being able to Supercharge your Model S at home would be nice. Perhaps a Webb/App controller with some novel uses would be good.

I’d like to see it compared against home generators which cost a lot more, even before considering the savings against time of use metering in power. We’ll be on hand on the 30th to see what is on offer.