Tesla D: New P85D will go from 0-60 in under 3 seconds (unofficially) to put it in land of supercars 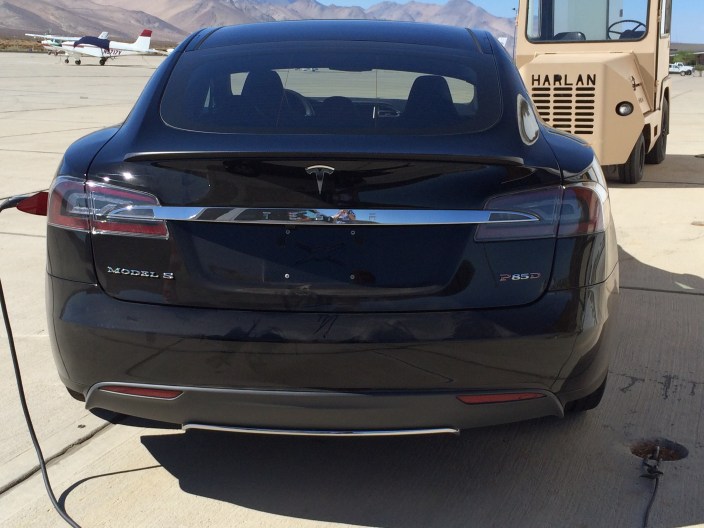 I’ve just gotten word that the marquee feature of tomorrow’s Tesla event will be the P85D, a “supersport” version of the Tesla Model S which will have AWD as expected.

What’s perhaps not expected is what Tesla has been able to squeeze out of this battery and Dual-motor beast.  My understanding is that the vehicle has been testing (unofficially) under 3 seconds on the 0-60. This is incredibly fast.

That is supercar land my friends and blows away all but the very high end supercars out there like the high end Bugattis, Lamborghinis, Mclarens, Ferraris and Porsches.

I don’t have any word on the top speed but unless the front motor is geared differently (I know CEO Elon Musk promised Autobahn-driving Germans a higher top end), I would imagine that it should be able to at least hit the current P85’s top speed of 133mph.

I still believe the “other” thing that gets announced is the beginnings of Autonomous driving as we’ve seen previously. It also doesn’t sound like the Model X will get any showing time.  Read all of my predictions from yesterday

We’re pretty excited over here for tomorrow’s event and we’ll try to provide a livestream if there isn’t an official one (and they let us!) See you at Hawthorne airport!